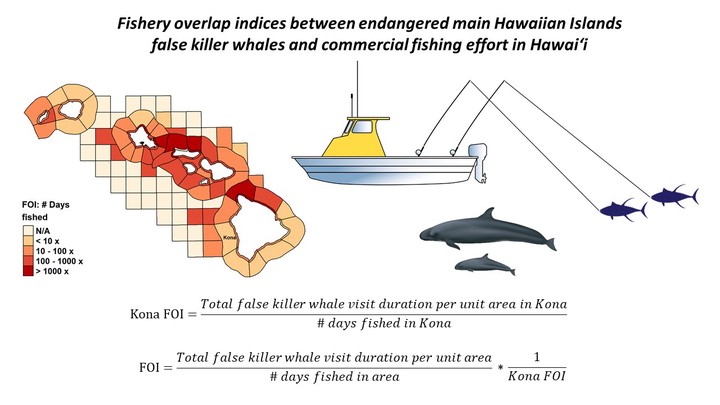 Hawaiian waters are home to a population of false killer whales that primarily occupy insular regions of the islands. Following a precipitous decline observed over recent decades, this population was listed as “endangered” under the US Endangered Species Act in 2012. It is speculated that the greatest threat to this population are interactions with fisheries (through depredation) and bycatch. However, understanding the severity of bycatch issues requires both abundance estimates and rates at which bycatch and/or interactions occur. The most recent abundance estimate for this population estimated only around 167 individuals comprise the population, distributed among at least 5 social groups or “clusters” that vary by spatial use. Obtaining information from fishermen on interactions or bycatch with false killer whales has been challenging for several reasons. Namely, a speculated lack of reporting by fishermen due to fear of penalization. In additon, there are several other “blackfish” species that inhabit Hawaiian waters and therefore are often confused with other species. Unfortunately, Fisheries Observer Programs are not implemented for nearshore fisheries that are suspected to interact with endangered false killer whales the most. Here we used long-term data sets (2007-2018) of false killer whale satellite tag data and commercial fishery catch logs to assess spatiotemporal trends. We then used these two data streams to develop indices of overlap to identify fisheries and regions where interactions would be most likely to occur, in efforts to target fishermen who may be most qualified to assist in development of bycatch solutions. 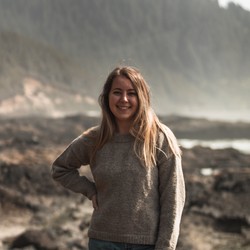